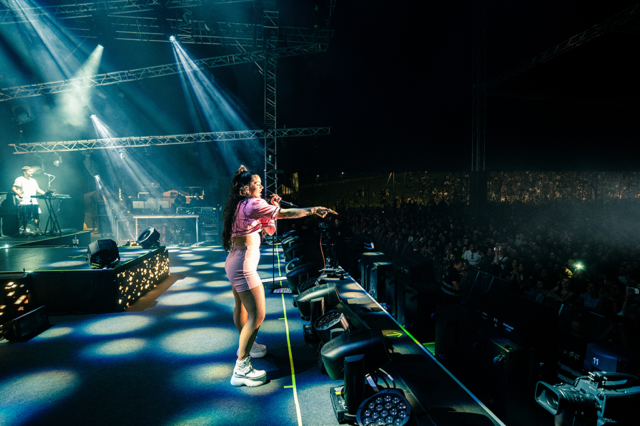 One week after the presale start and the announcement of the first acts, five new names for the 2023 programme follow today! We definitely don’t want to deprive you of them.

Currently causing a sensation in European stadiums with their show and already a highlight for many on the tentstage in 2019, when she was just climbing her way up to the international music Olympus, this show 23 will definitely be remembered: Rosalìa returns to the Gurten! The exceptional Spanish talent will be headlining the main stage on Thursday evening.

Anyone who feels they don’t know Rema: Open the streaming service, enter “Calm Down” and – told you. The Nigerian singer and rapper has been steadily releasing music since 2018, and his feature with Selena Gomez on that song at the latest put him on the radar of all music fans.

A big pop firework can be expected from the French band Phoenix on Friday! The four musicians have just released their new album “Alpha Zulu”.

The guys from Hecht are a phenomenon in the Swiss music scene, with various hits and sold-out concerts. Gurte, are you ready for their love?

Sampa The Great combines hip hop, neo-soul, South African sounds and electronic influences, among other things, and conjures moving songs from them. She recently contributed her song “Let me be great” to the Marvel movie “Wakanda Forever”.

You can find the current programme here.